SteveC said:
Man, you got a disease!
Click to expand...

Zero Client said:
What? I needed the 3/8 ratchet. Alone that’s like $99. For $199 I got 5 good tools and some batteries. I’ll use these m12s a lot. Maybe I’ll even keep them in my truck? Usually I grab at least two of any of these tools per day.
Click to expand...

Addiction to Milwaukee tools... seek professional help before it ruins you!! Then share where you found help with the rest of us addicts monitoring this thread.

“Look how much I saved on the tools I didn’t need by buying the big kit that included the one I did need!!” said no one... but we’re all guilty!

I have added a few more tools and multiple batteries, including an HD12.0. I got hung up on wanting a bunch of larger capacity batteries but realized that the CP3.0’s were far more practical and so I snagged a bunch of them instead at 2/$60.

As to the “buy a kit for one tool”, I’m going to call BS because I was guilty of the same thing and have used every single tool multiple times over. Although I bought the 8 tool kit for at least 4 of the tools in the first place.

Anyone else checking out the new M12 90 deg die grinder?

I love the idea, I just can’t reconcile the price. I know I would use it all the time though. 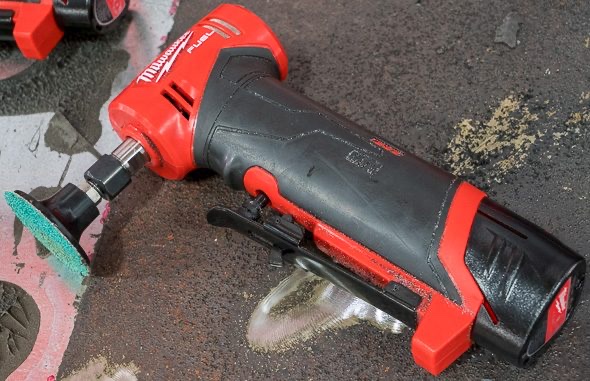 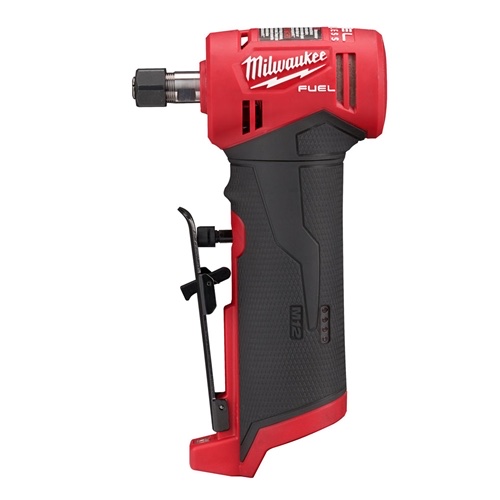 OCD Solutions said:
I have added a few more tools and multiple batteries, including an HD12.0.

As to the “buy a kit for one tool”, I’m going to call BS because I was guilty of the same thing and have used every single tool multiple times over. Although I bought the 8 tool kit for at least 4 of the tools in the first place.

I’m just making fun. I agree that once you have ‘em, they get used. I just bought a 4-tool combo, as well... but I can quit anytime I want!

OCD Solutions said:
Anyone else checking out the new M12 90 deg die grinder?

I love the idea, I just can’t reconcile the price. I know I would use it all the time though.

Been looking at those really hard. Probably my next Milwaukee Tool purchase.

Yea,l was surprised on how much they cost too! @CD155MX

Man yall have got me itchin to spend money now. I have ridgid kit with drill impact and sawzall,.dewalt for my 3/8 electric impact, and snap on for my big 1/2 impact. It would be nice to consolidate all to one battery and charger, but I really like the power my dewalt impact has, and the home kits include bit driver impacts not a true 3/8 drive impact like I need for cars. Whats the battery life on these when used daily with a 4 or 5 ah battery? My dewalt will go like 3 weeks or so used daily on stuff. Less if I am pretending its a 1/2 impact.

My electrical contractor just switched from Rigid to Milwaukee for warranty alone.

In order to get any warranty on the Rigid tools, you need to send the whole kit back, not just the defective tool. So, he gathered up 19 tools in total to get warranty on 3 batteries a drill and a sawzall.

I haven’t punished the new stuff enough to gauge battery life but I have lots of batteries so swapping is not an issue. They also have so many sizes now that you can mix and match for the specific job you are doing.

My old 18v Milwaukee stuff came with 2.4Ah batteries and they were more than adequate. I redid the back fence at our old house and was able to remove and replace 3/4 of it on a single battery. That was 3/4 of a 75lb box of 2 1/4” deck screws on a single battery which I find to be pretty impressive. The new batteries are half the size and hold twice the capacity so I don’t see battery life being an issue. 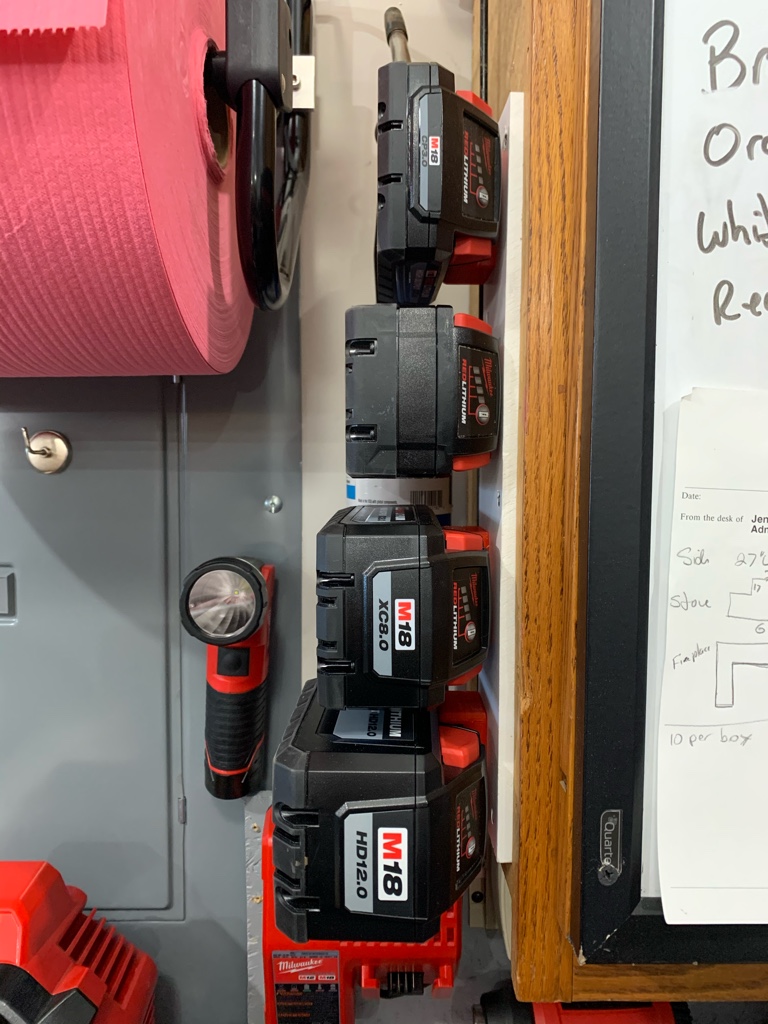 I scored a two pack of the CP3.0’s off eBay for $80 shipped so it’s also easier than ever to stock up on spare batteries.

My kit came with the 4.0’s but the 3.0’s are so much smaller and lighter. Way cheaper too. 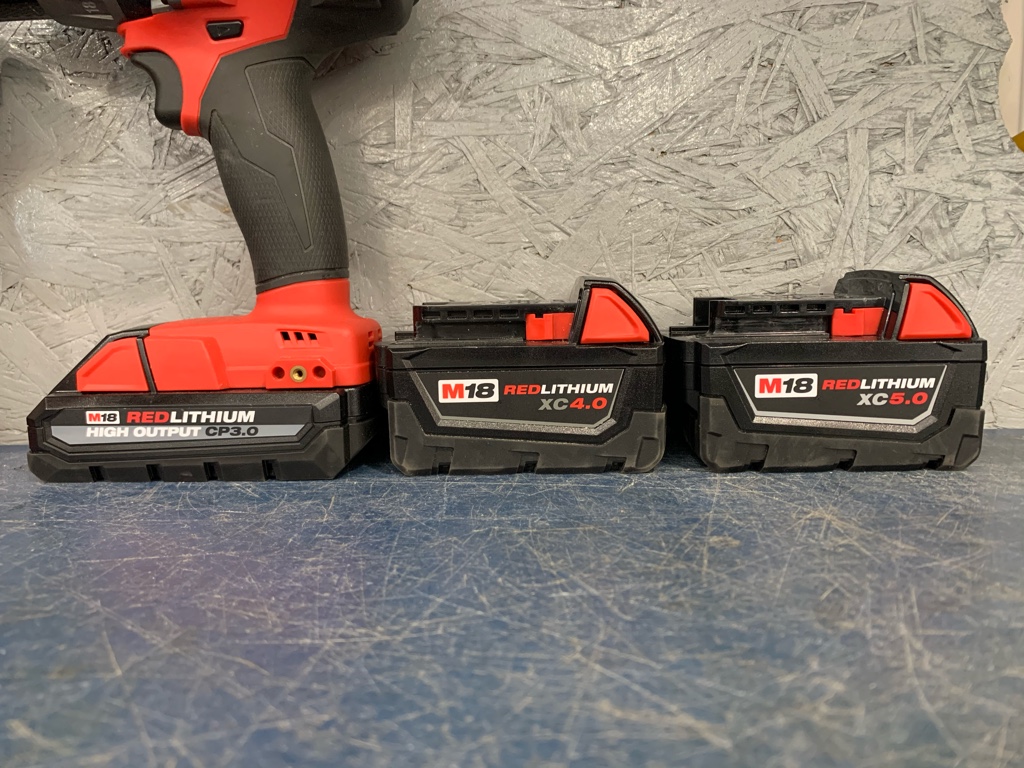 And this little guy is my new best friend.

Purchased during Black Friday pricing based on ZeroClient’s recommendation and I couldn’t be happier.

It’s like a man’s version of the Dyson Cordless vacuums. 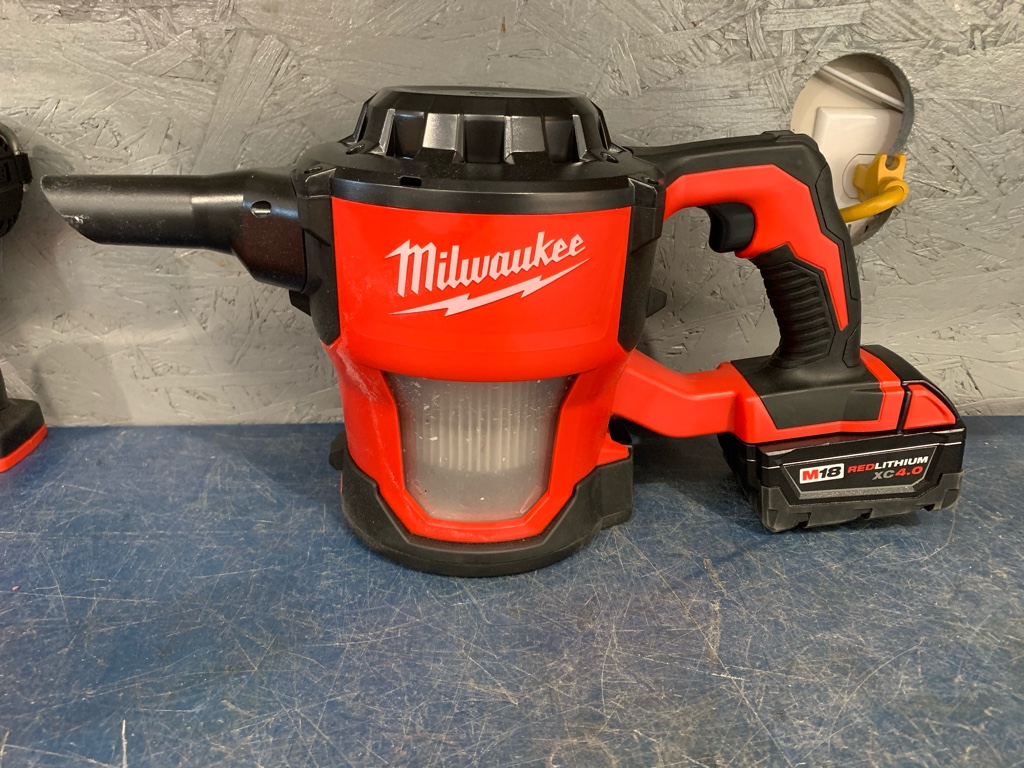 Ocd Did you guys get those big filter I shipped you?

Yes I did. Thanks again for hooking me up.

Hello, my name is Boyer and I am an addict... 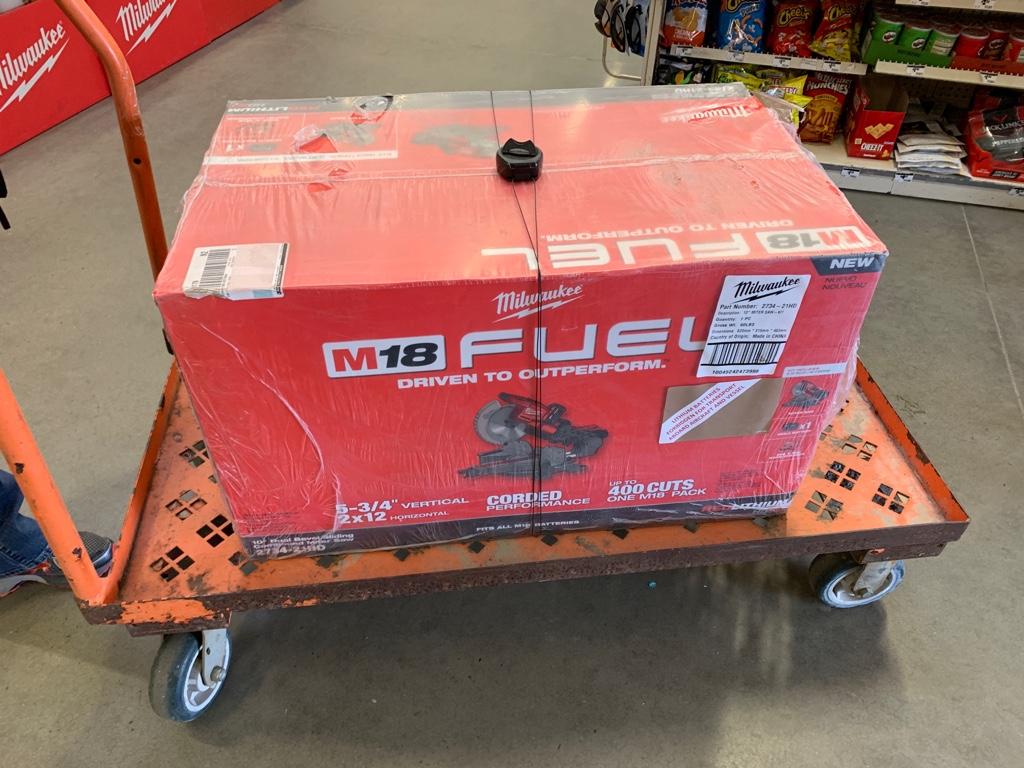 My only regret is not buying it sooner! 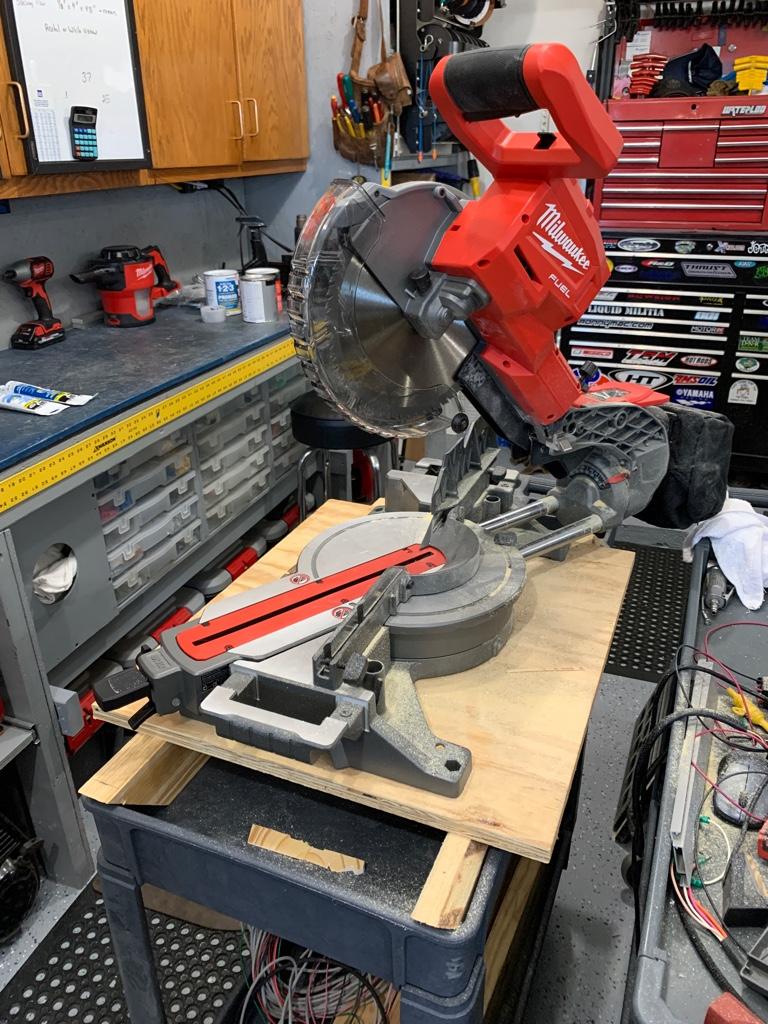 Is this deal too good to be true?

Is this deal too good to be true?
Click to expand...

You know how the saying goes, right? Just search up “scam tool websites”.

Yup! A bunch of them popped up around Christmas and it’s seems there’s a new one or two every week since.

OCD Solutions said:
Yup! A bunch of them popped up around Christmas and it’s seems there’s a new one or two every week since.
Click to expand...

I figured it was too good to be true. I was going to look into it when I got into work today but wanted to see if anyone else had any experience before I researched.

It just never seems to end...

To be fair though, there’s really only a couple of their tools left for me to own.

The jigsaw and another deep cut bandsaw.

Although, I was playing with their M18 router a couple days ago at work....

I found the Cordless table saw on sale for $369 so I had to jump on it.

My wife threw out my bookshelf while I was away, forcing me to look for a replacement. Since we can’t find one like what we are looking for, I have been elected to build one myself. I told her I needed the tablesaw to pull it off so here we are. 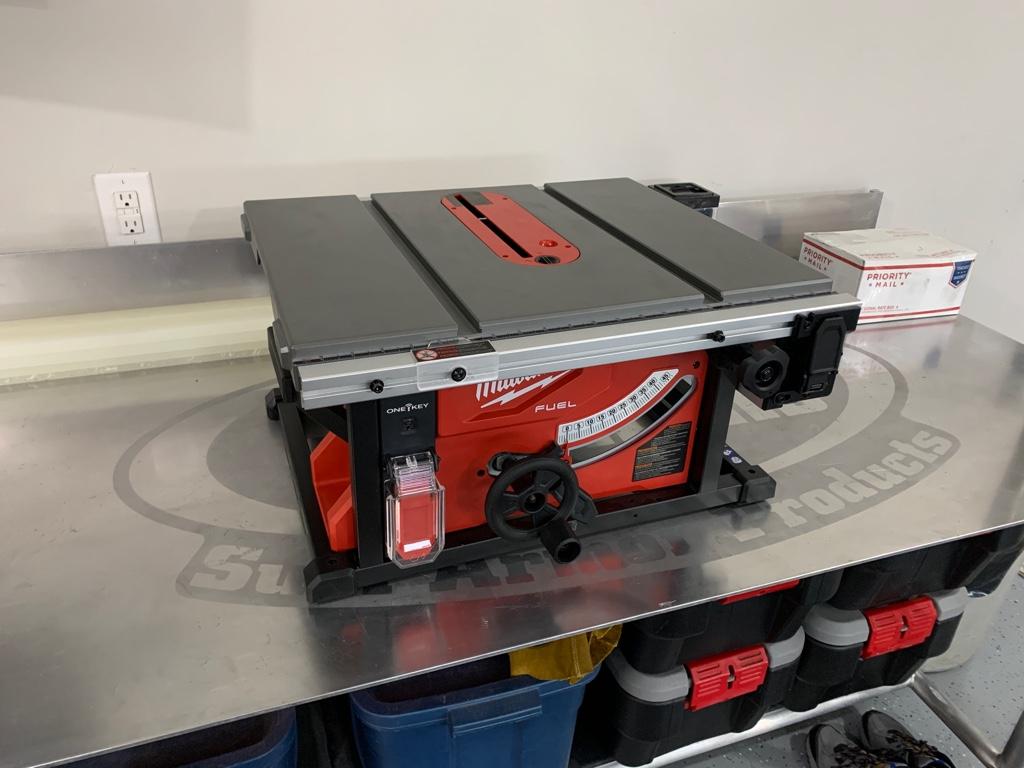 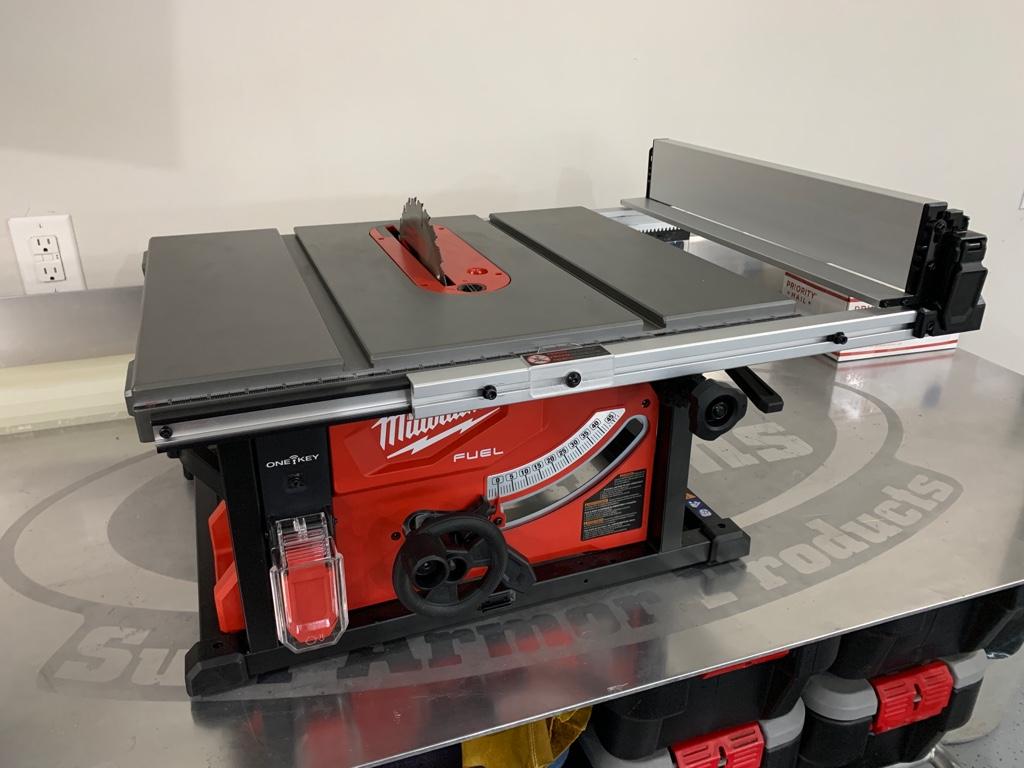